On Saturday 10th September, we had a selection of riders and teams who headed to Felbridge to compete in the show jumping and jumping with style qualifiers.
In the 60cm SJ, Jessica R and Pernille A competed as individuals where Pernille rode clear but unfortunately missed out on the placings.
One team entered the 70cm SJ class, Fenella B, Chloe B, Lottie B and Amber B all rode brilliantly with four clear rounds and placed 4th! Qualifying for the Plate Championships!
In the 80cm SJ, Chloe B, Amber B, Lilly S, and Lottie B entered as a team and rode three great clear rounds with one unfortunate 4 faults and placed 3rd overall!
In the 70cm JwS, Fenella rode as an individual and unfortunate accumulated a few faults to then miss out on the top placings.
Lilly S entered the 80cm and 90cm JwS and rode clear in the 80cm with only a few time faults to place 4th and qualified for the Championships!
Well done everyone!!

On Wednesday 24th August, most of the NSEA team travelled to Hickstead to compete in the Grassroots Championship classes or the National qualifier classes.
In the qualifying classes, in the 70cm class the team consisted of Lottie B, Joe N, Amber B and Sofie S, with Amber B riding as an individual. Although the team only had one clear round, they placed 2nd overall with Joe coming 4th as an individual!
In the 80cm class, there were three teams competing from the school. Team Blue – Lottie B, Joe N, Sofie S and Amber B, Team Green – Lulu S, Izzy L, Inde W and Antonia S, and Team Yellow – Amber B, Chloe B and Lilly S. All teams and riders rode brilliantly with Team Blue placing 9th, Team Green placing 8th and Team Yellow placing 3rd!
In the 90cm class, there was one team of Cassia C, Chloe B, Izzy L and Lilly S. The riders rode amazing rounds with two clear rounds and came 3rd overall!
In the 1m and 1.10m classes, we had Cassia C who rode really well but unfortunately missed out on the top placings.
In the championship classes, in the 50cm Jessica R and Pernille A both rode really well but unfortunately missed out on the top placings.
Well done to everyone who rode and congratulations to the teams and riders who qualified for the National Championships!!

On Friday 1st July, we had a team of four riders head to Hickstead to compete in the Schools Show jumping Championships!
The team consisted of Chloe B, Antonia S, Izzy L and Inde W. They all did brilliantly with two clear rounds, one clear with unfortunate time faults and one fence down. The team came 5th overall. Congratulations!!

On Sunday 12th June, five riders headed to Felbridge to compete in the show jumping as teams and individuals.
In the 70cm and 80cm classes, Lottie B (70cm) and Lilly S (80cm) both rode brilliantly with two double clears!
In the grassroot classes, Jess R, Pernille A and Molly M rode as a team in the 50cm and 60cm. Unfortunately, the missed out on the placings in the 50cm, but came 4th as a team in the 60cm!
Well done to you all!!

Over the weekend of the 28th and 29th May was the NSEA Eventer’s Challenge Championship at Hickstead. We had two teams entered in the 70cm and 80cm classes compete!
In the 70cm class, Izzy L, Lilly S, Lottie B all rode clear rounds and they all placed in the top 50 out of over 100 competitors, with Lilly placing 6th!
The riders in the 80cm class, Joe N, Chloe B, Antonia S, continued the clear rounds and the team placed 22nd out of 46 teams!
Well done to you all!!

On Wednesday 13th April, two riders headed to Bury Farm to compete in the Grassroots Show Jumping.
Pernille A and Jessica R did brilliantly but unfortunately missed out on the placings. Well done girls!

After four days of riding followed by a team quiz on the week of the 28th March, we are pleased to announce that…
Francis came in 1st place!
With Chelsea B, Angelina J, Hanna K and Penelope B competing for their house.
Ignatius came in 2nd!
Holly C, Connie C, Eva J and Gemma M rode for Ignatius.
Dominic came in 3rd!
Sophie F, Minty W and Phoebe W rode for their house.
And Benedict came in 4th!
With Isobel C, Pascale W, Saskia M and Poppy O rode for Benedict.
Congratulations to everyone who participated and those who stayed for the quiz as well!
We look forward to running this again next year!

At Coombelands on Sunday 20th March, we had a group of individual riders head out to compete at the Grassroots Show Jumping & RPL Qualifier.
In the 70cm and 80cm RPL, Lilly S and Inde W both rode well and Inde placed 10th in both classes, and Lilly placed 9th in the 80cm. Well done girls!
In the 60cm Grassroots, Pernille A rode well but unfortunately picked up some faults which knocked her out of the placings.
Finally, Jessica R rode in the 40cm and 50cm Grassroots classes and rode clear in both classes, placing 6th in the 40cm and 3rd in the 50cm! Qualifying for the Grassroots Championships!
Well done everyone!

Over the weekend was the BSJA Just for Schools Championships! We only had one rider head over to the David Broome Centre in Wales on a trip that took 3 hours!
Jackson B rode in the 70cm and jumped double clears to land 7th as an individual!
Congratulations to Jackson and his sister for doing brilliantly!

On Sunday 6th March, a selection of NSEA riders headed out to Felbridge to compete in the Eventers Challenge and Grass Roots SJ Qualifiers.
For the Eventers challenge, in the 70cm class, Inde and Lilly rode brilliantly with Inde placing 1st and qualifying for the Hickstead Champs!
In the 80cm, we had a team of four riders – Inde, Lilly, Izzy and Antonia – who did amazing and as a team placed 5th! Unfortunately they were just out of the placings to qualify for Hickstead, but a big congratulations to you all!
In the Grass Roots Show Jumping, in the 50cm and 60cm classes, the riders did really well and Pernille placed 4th in the 50cm, qualifying for the Regional Champs!
Well done to you all and good job for bearing with the strong winds that day!

On Saturday 26th February, after some swapping around we had two teams head to Merrist Wood to compete in the NSEA Show jumping Qualifier in the 70cm and 80cm classes.
In the 70cm class, the team – Jackson, Sofie, Izzy, Lilly – did amazingly with four clear rounds! The team came first, and qualified for the NSEA Championships!! Izzy placed 4th as an individual and also qualified for the Championships, while Sofie placed 5th just missing out on that qualification, but qualified for the Championship Plate instead! The other two unfortunately just missed out on the top placings. Well done!
In the 80cm, the team didn’t do as well but Lilly and Joe rode two amazing clear rounds. Unfortunately they missed out on the top placings and no one managed to qualify.
Congratulations to you all!!

On Sunday 30th January, Jackson B headed to Wellington Riding for a BSJA Just for Schools competition.

In the 70cm class, he jumped a double clear and placed 9th!

He then continued on to his first affiliated class and came in 1st place!

On Sunday 16th January we had some riders head to Berkshire College of Agriculture to compete in the Show Jumping Qualifier.

In the 80cm class, Chloe B rode brilliantly to place 1st!

In the 90cm class, Chloe B did well and came 6th, and Antonia S placed 1st! 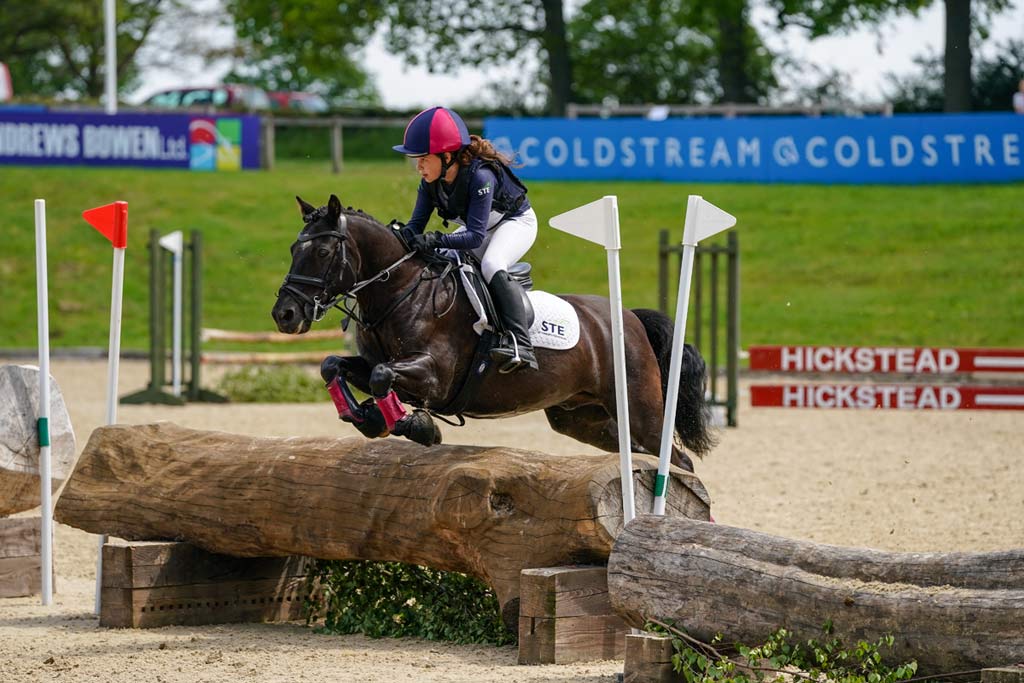 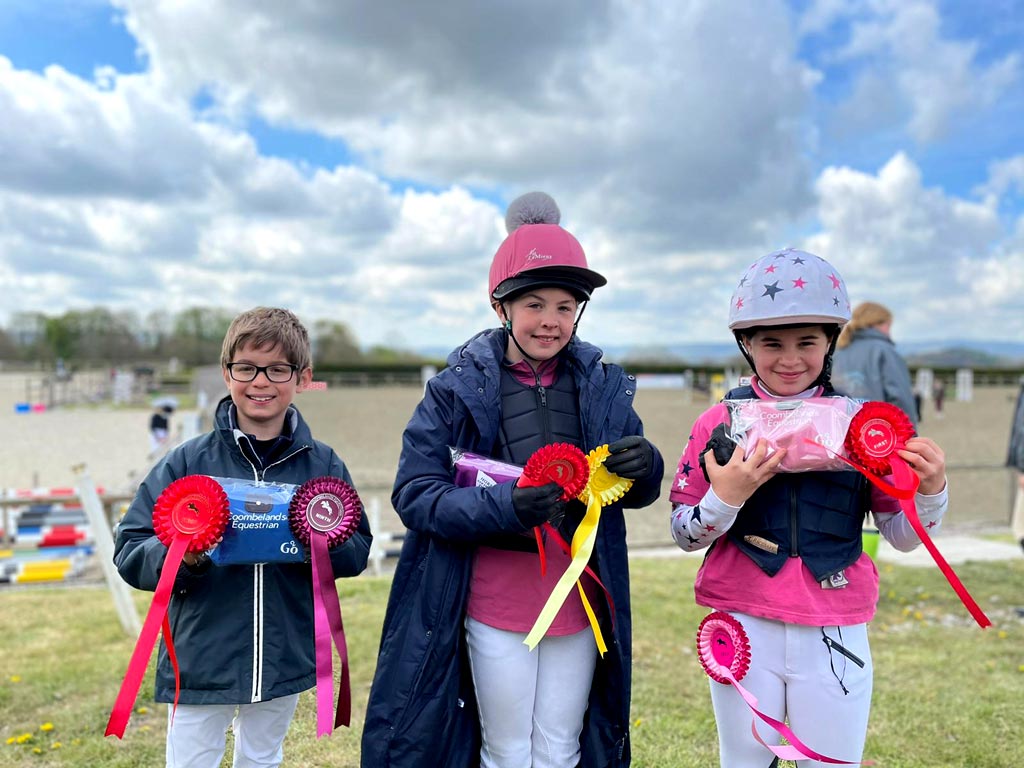